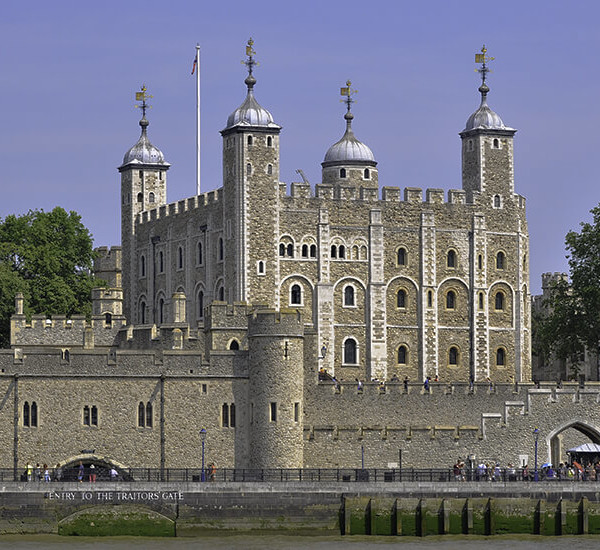 Highlights of the Tower Of London Palace and Fortress London Tours

Tower of London (has 900 year history) is one of the royal palaces whose fortified buildings has been well preserved. It is the home of the priceless Crown Jewels, Royal armouries, Yeoman Wardens and the ravens. Founder William the Conqueror built in 1066, later successive monarchs gradually modified it . Read more about history and additional information.
Apart from being a royal palace and fortress.

Tower of London was also a prison and place of execution, mint, arsenal and jewel house. Over the centuries queens and kings have stored their crowns, robes and other valuable items here at the Tower of London.

The Tower has orientation with its strongest and most impressive defences overlooking Saxon London, which archaeologist Alan Vince suggests was deliberate.

The famous Crown Jewels has been on display to the visitors since the 17th century. Within the Tower of London you will visit :

Tower Torture – was famous for torturing  people , the chamber was underground and dark. It was a vast place and every device and instrument of human torture was there. Replicas of three terrifying instruments is found in the bottom of the Wakefield Tower ;

Royal Beasts – The king’s and queens were held wild and exotic creatures captive here for over 600 years.

White Tower – This is the oldest part of the Tower, it was built to strike fear and submission into the unruly citizens of London ;

Yeoman Warders – You will find them standing guard and giving tours at the Tower of London.