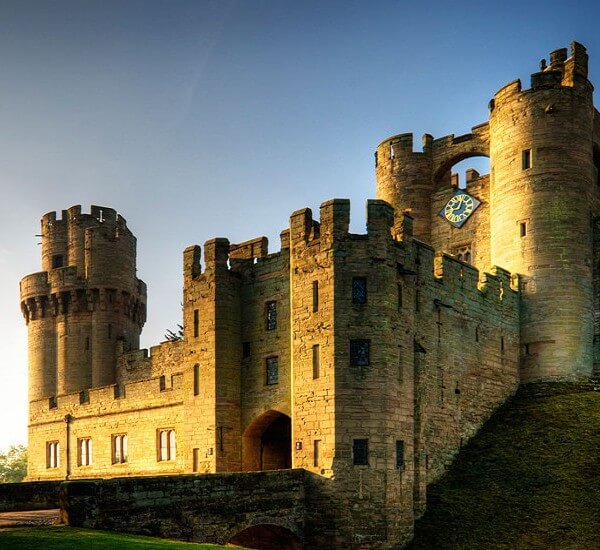 Highlights of the Warwick Castle Stratford-upon-Avon Oxford & The Cotswolds

Stratford Upon Avon is a charming market town set in the heart of rural England, home to arguably the world’s greatest writer, William Shakespeare. Visit the picturesque half-timbered house where the legendary writer was born and gained fascinating insights into his childhood. This town also has the famous cottage of Anne Hathaway who married the great writer in 1582.

Described as ‘one of the most atmospheric, magical and important buildings in the whole of Britain,’ Shakespeare’s Schoolroom and Guildhall opened it’s doors to the public for the first time in 2016 to mark the 400th anniversary of the writers death. Step back in time to the 1570’s when William Shakespeare was a pupil learning to read and write, and see the room where leading theatre companies came to perform – a strong influence on the young playwright. You will be invited to enjoy a private tour before the school opens to the public in the morning, exclusive to Premium Tours, including the chance to take part in a tudor lesson, write with a quill and ink, witness the rare medieval wall paintings and much more. Not to be missed.

This is Britain’s greatest medieval castle with a history that dates back over 1,000 years. Warwick Castle takes you back in time – to a world of extravagant banquets, bloody battles and royal splendour. Here you can explore the castles ramparts, towers and beautiful gardens. Visit the Madame Tussaud’s waxwork display where you can watch and hear the Earl of Warwick as he prepares for battle. If you dare…..see the gruesome dungeons where prisoners were tortured. Your visit will include a delicious cream tea which will be served in a observatory at the same time a local expert will give you a short private talk and it will bring the castle to life. Read more

Oxford, known as the city of dreaming spires boasts world’s oldest universities. Oxford is a collegiate university as is made up of 38 colleges and six permanent private halls. Christchurch college is the largest Oxford College and uniquely, the cathedral seat of Oxford. Enjoy a guided walking tour of this historical town. This trip to Oxford promises to give an unforgettable experience both to the young and old. We then drive through one of the most scenic areas of England, the Cotswolds. Passing through charming villages with thatched cottages, tea shops and ancient inns before returning back to the city.

N.B. – (Occasionally when the hall is not available for a viewing due to filming or private functions we shall enjoy a walking tour of the city)